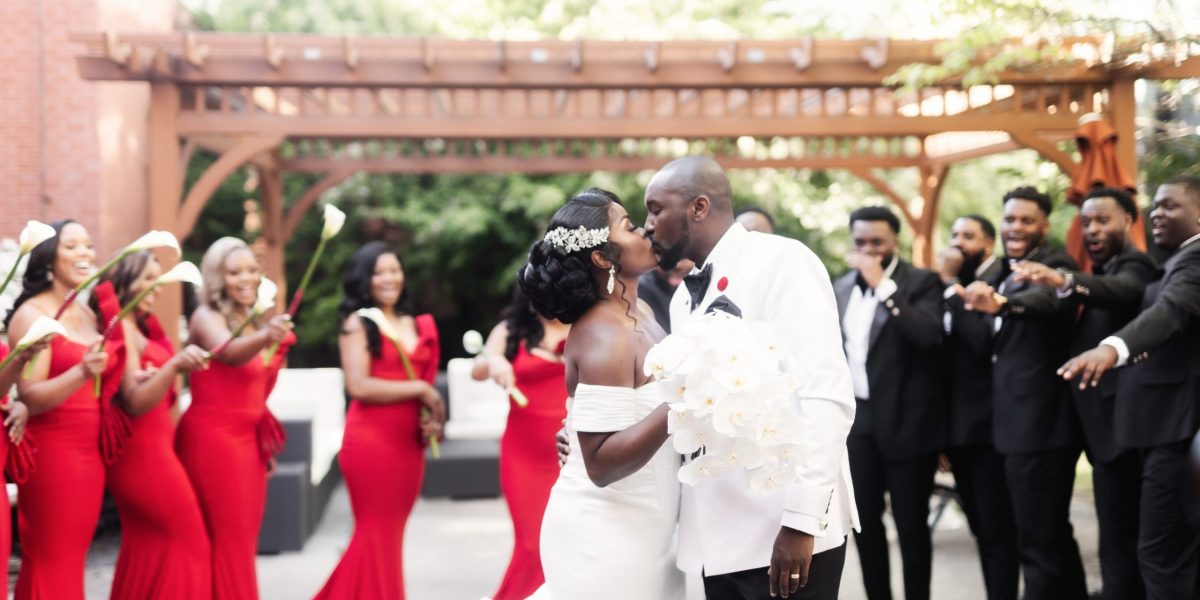 Chrystelle and Gratias first caught each other’s eyes on a random Sunday at church in October of 2016 but the next month Gratias moved to another state. Two years later in a conversation with his brother-in-law her name came up. That peaked his interest so he decided to contact her on Facebook and the rest was history. From there they started talking nonstop and those early conversations led to a beautiful adventure, though long-distance, and they became Mr. & Mrs. on May 14, 2021.

Spring in New England can be unpredictable, but the weather was just right for their romantic celebration. The ceremony was especially personal and emotional as they professed their love for one another and made vows to one another. Their 250 guests was comprised mostly of family and close friends. They were full of joy, and with their guests they danced all night long.

A peace of cake planning SURPASSED my expectations! Laetitia worked with us in every step of my wedding planning down to having me understand the importance of budgeting! She worked tirelessly on every details of my wedding! She thinks about the little things that are often overlooked. I always say that I don’t know how my wedding would have turned out if I didn’t have her as a wedding planner! All in all I would recommend her over and over!
Chrystelle
Wedding Client

We offer excellent wedding and event planning services to allow you to sit back and have peace of mind.